2007’s blog posts were about events, one way or another. The technical articles weren’t directly about the events, but reflect the Java EE web development topics that became the focus of the year’s events.

Business Class or Economy? discusses a question raised by Keith Harrison-Broninski in his JavaPolis 2006 presentation. I like this article because it explores a rarely-discussed question about commercial software development projects: when is more expensive better than cheap? After all, software developers are constantly in danger of optimising the wrong thing at the wrong time.

At the end of 2006 it was clear that we were way overdue for an alternative to Struts 1.x for our next Java web project, so we set out to choose an alternative, from the things we had heard about or tried out on internal experimental projects. One Friday, we formed several teams of two people and tried implementing a simple web-based expense claim form, each with a different web framework. 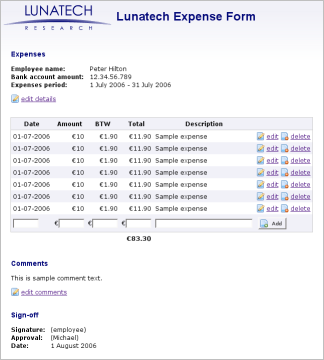 The candidates for our next web framework, chosen on various whims, were: JSF/JBoss Seam, Wicket, Tapestry, GWT/EJB3 and UCW/Common Lisp (don’t ask). No-one chose the likely candidates: Spring MVC, Ruby on Rails, Webwork or something with Perl or Python. In the end, for various reasons, we chose JSF with JBoss Seam as the next framework to use on a serious project.

JSF-Facelets custom date converter was an early example of one of the things that we liked about Seam 1.2. Despite some complexity, you could customise the framework by providing alternative implementations of built-in components that would be easily reusable on other projects.

Changing credentials without logging in again in Seam 1.2.1 was an example of the other side of the coin: some things turned out to be difficult, but possible once you looked at the source code and worked out which built in component to replace.

Following various conversations and beers with JBoss developers at JavaPolis 2006, we decided to take Tom Baeyens up on his suggestion to create a JBoss User Group (JBUG) and host some developer events in Rotterdam.

JBoss Benelux User Group, 8 June 2007 was the first JBUG event in Rotterdam, at which Tom Baeyens from JBoss spoke about business process management and Lunatech’s Peter Kaas spoke about EJB. As the photos of the event suggest, it was lots of fun.

Benelux JBoss User Group, 2 November 2007 was the second event - photos of the event. Bruno Georges from JBoss talked about ESB and Nicolas and I talked about our experiences so far with Seam.

Lunatech at JavaPolis 2007 rounded off the year, as usual. For us the event started with Nicolas and me presenting Seam in action - JavaPolis presentation.