On 8 June, we hosted our first JBoss User Group meeting for this part of the world. The event was extremely sociable, and there were two great presentations, so we all met lots of people, had some fun and learned about some JBoss-related technology. Here are some photos from the event. 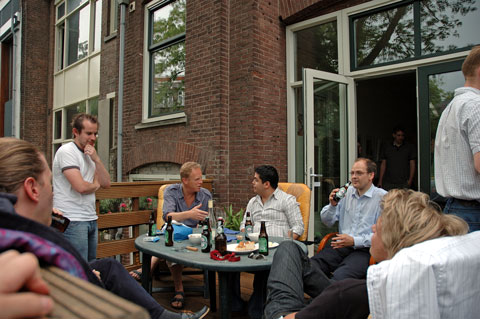 Drinks outside with the first few arrivals. 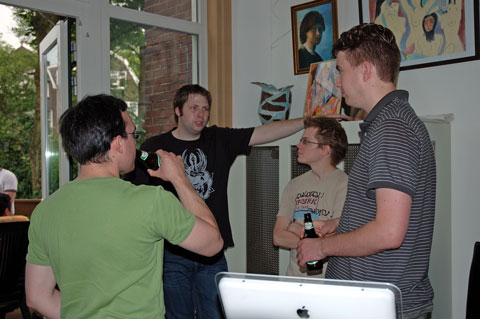 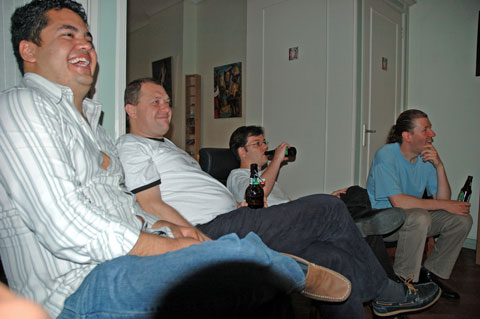 JBoss entertained: Alexandro, Coen and Carlo from JBoss (left to right) enjoy a presentation, along with Bart Schuller from Lunatech (right). 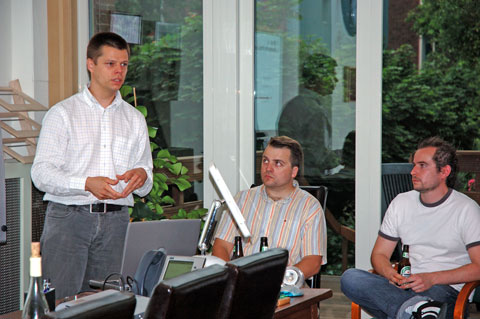 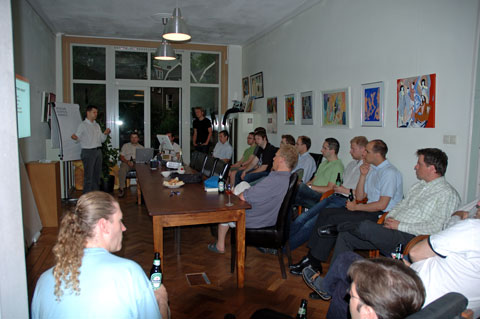 Lunatech’s meeting room is fine for a small group; we may need somewhere bigger next time. 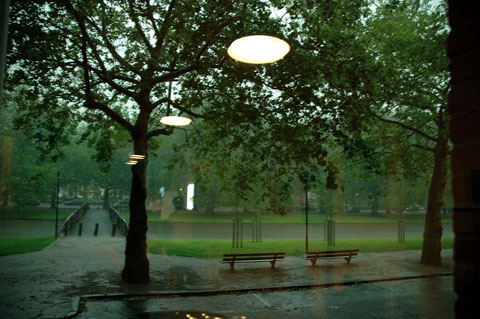 Heavy rain during the presentations. 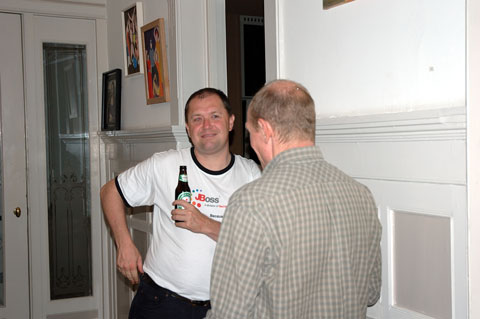 Koen and Bernard from JBoss Belgium. 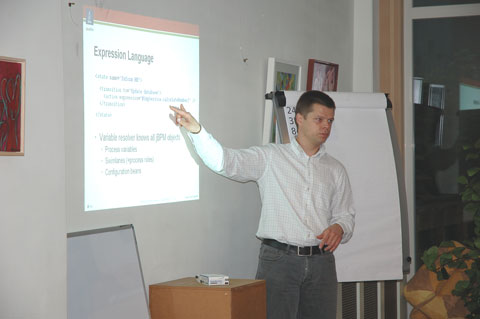 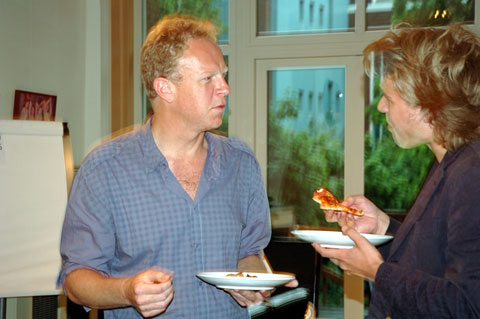 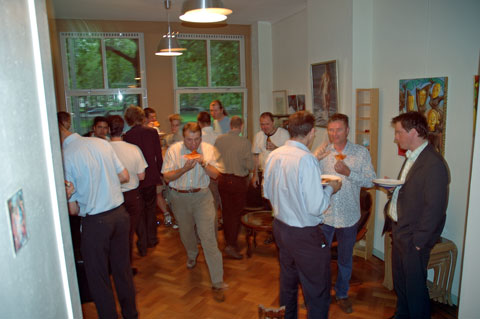 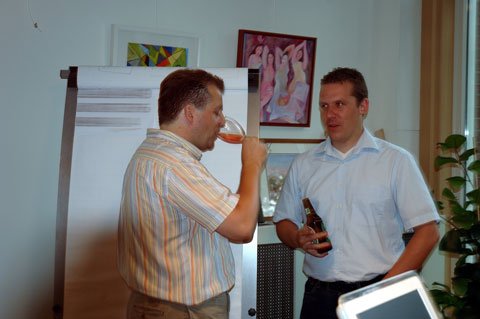 Peter Hilton, Lunatech Research, talks to Remko de Vrijer, Initworks. (The wifi key on the flip chart has been blurred in this photo.) 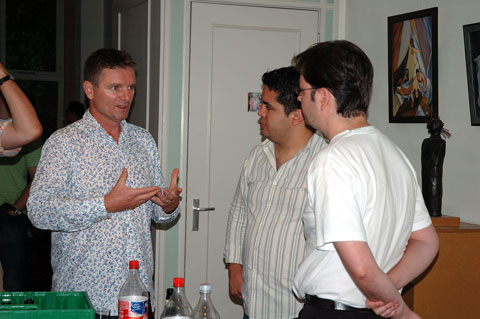 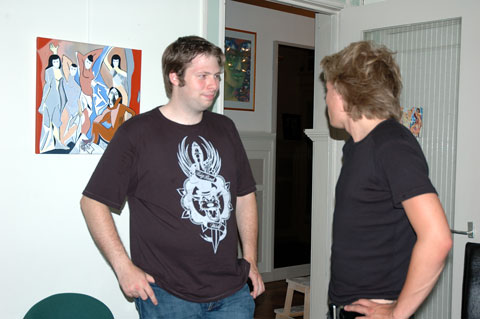 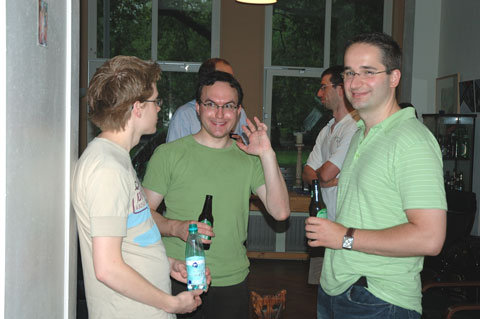 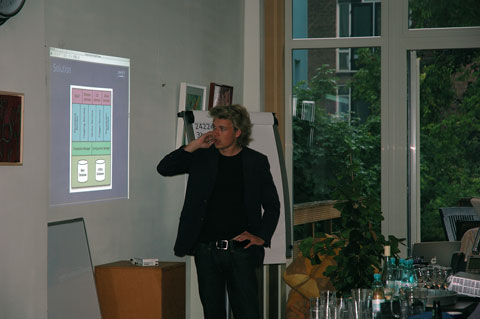 Peter Kaas talks about Lunatech’s experiences with EJB and JBoss. 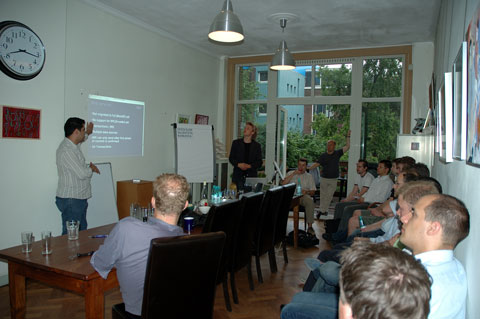