2010 was the year we really started getting into the Play Framework, and stopped having to battle JSF. This was a Good Thing. 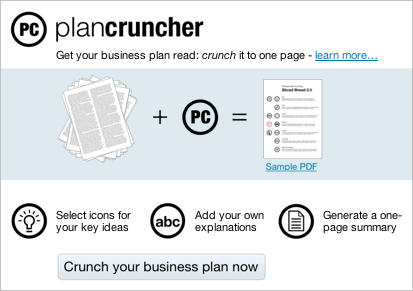 Play gave us new topics to present and write about, as we explored the difference it made, compared to Java EE. Meanwhile, we also worked on and wrote about business topics.

How to demo the Play framework - live coding script is a variation on the tutorial style that gives explicit step-by-step instructions for creating a new application and using basic features. This could also have been called `The Play Framework kata', because it’s both a demonstration that highlights how easy this is with Play, and practice for something that you do a lot. That second point is interesting because it was one of the more subtle benefits of switching from JSF to Play.

With a JSF application, creating a new application without cruft was a non-trivial task, which usually ended up starting with a code generator and cleaning up afterwards, or copying an existing project and hoping that you didn’t end up with things that shouldn’t be there. I once spent some time working out how to create a minimal Seam 2 application with no unnecessary files and no requirement for a database: this wasn’t easy. With Play, on the other hand, creating a new application is so fast that it’s a useful technique for trying out a single line of code that seems to be broken in a complex application. And if you practise this, it’s even faster.

Play framework usability, on the other hand, is a think-piece that later became part of a presentation that I gave several times. Blog posts like this serve a different purpose: instead of being focused helping a smart-but-busy reader complete a task, which is how you write a tutorial, this kind of article is an experiment in telling a story. If the story is interesting, it will be retold, in different ways. This wouldn’t have been the first time that a conversation at a conference later becomes a blog post, followed by presentations, applying new ideas on projects and, ultimately, even a book.

Plan Cruncher: shorter business plans applies similar ideas to the challenge of getting a different kind of meeting: how entrepreneurs can pitch their start-up to potential investors. Plan Cruncher is an idea I had and a concept that I developed in this article as a result of reading bad business plans from otherwise interesting start-ups, and from sitting in on pitch meetings whose main purpose was to discover basic information that was missing from the business plan.

Plan Cruncher - Play! in production - was the inevitable software implementation that followed soon after. We built it as a Play Framework demonstration application, but it turned out to be a popular application and still gets plenty of traffic years later. It turns out that writing a business plan is something that benefits from simplification and guidance. As with a job interview, sometimes its better to skip the game-playing and just get to the point.

10 Devoxx tips rounded off the year with some tips for next year, following the main developer event of the year in Antwerp, as usual. A conference like Devoxx remains a unique opportunity to learn a lot in a few days and meet people who enable collaborations that will allow you to continue to benefit in the future. Of the ten tips, the first is the most important: show up. Or, as Nicolas Martignole said in the Les Cast Codeurs Podcast, `I encourage people to think about whether they should work for a different company if they can’t go to Devoxx next time'.