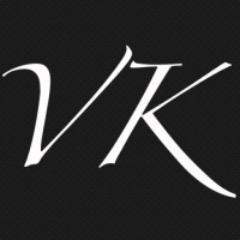 Lunatech has been helping build and maintain several software systems and publication platforms for Sdu. Lunatech recently upgraded the platform and application to a more recent version of constituent technologies to make sure that the application is well-maintained and up-to-date.

This technical case study gives an overview of the approach we followed in making the upgrade project successful.

Lunatech upgraded the platform and application to a more recent version of constituent technologies to make sure that the application is well-maintained and up-to-date, as part of ongoing adaptive maintenance.

The goal of this upgrade and migration project was to analyse each system component system and upgrade to the latest version. In case of obsolete components, Lunatech reviewed the functionality and implemented it using better technology where possible. Apart from upgrading the application, there have also been significant changes and improvements in the underlying platform (JBoss AS and Java EE), which we also considered for the upgrade.

In addition to keeping the platform and application up-to-date, the upgrade project also used improved technologies where appropriate to provide better performance and improve usability and overall system stability.

The approach we followed in this project is first to create the inventory of various libraries and components used in the system and prepare the strategy of upgrade for each one. For simple cases, such as upgrading a library to the current version, the effort required was fairly minimal, as for upgrading the Apache Commons library used in the system or the Axis2 modules that interact with the external web services.

The platform’s backend services were mostly driven by Enterprise JavaBeans (EJBs - Stateless Session Beans and Message-driven beans) and the business rules were implemented using Drools. Since the EJBs were written using the Java EE6 standard, the effort required to port them to the newer version of JBoss platform was minimal.

Apache Ant was previously used as the build system, being more or less standard when the application was first built. Lunatech migrated the build to use Apache Maven, now an industry-standard software configuration management tool for Java projects.

The last major piece of the upgrade puzzle was upgrading JBoss AS 4.x to latest version of JBoss AS - 7.1.1. The configuration of the JBoss changed significantly compared to the 4.x series, but the migration was straightforward. The only custom feature of JBoss AS 4.x in use were the Scheduler xMBeans, which have been changed to a platform-independent technology: Quartz Scheduler.

Since this is a major upgrade, Lunatech adopted a comprehensive phased-testing approach, to make sure that we didn’t miss anything during upgrade. As well as reviewing the manual acceptance test plans, we also improved automated testing using Arquillian, which has helped us write fine-grained integration tests for several features.

At Lunatech, we have been working with the complex publishing systems for well over a decade. Over the years, Lunatech has acquired significant domain knowledge and technology expertise in building and maintaining complex enterprise systems, which we use to deliver quality solutions to our clients.

Having completed this upgrade project, we provided considerable value to our client - Sdu Uitgevers - by keeping their software platform up-to-date and healthy.