ODF Plugfests are primarily meant for suppliers of ODF suites and document generators. During the Plugfest, interoperability is tested using specific scenarios. Suppliers also have a chance to present developments in their products and discuss the ODF Standard.

Our contribution to the Plugfest is presenting our experiences in a large scale project for the Dutch Government. We implemented amongst others the conversion to ODT of official state publications, such as legislation, state bulletins, parliamentary proceedings and many more, as part of the Official Publication Project (OEP). 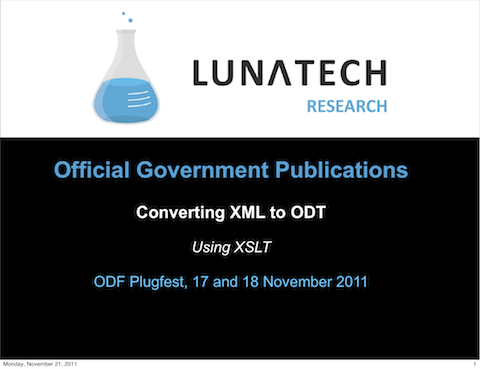 Of course, we have put our presentation (PDF) online.