Last article from me 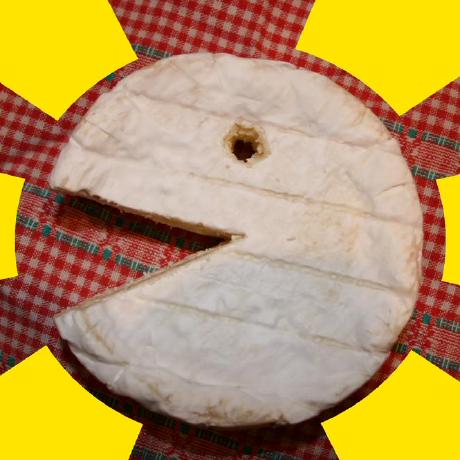 "Today is my last day as a Lunatech Research employee, so this is my last blog entry on this site.

Lunatech and I have a long history. Ancient in IT timescales in fact, because I started working for Lunatech in Rotterdam in 1998 for a summer internship back when we were not even ten people yet, had a small office which looked like a typical startup. That internship changed into a permanent contract shortly afterwards, and I’ve started working on Java (mostly) and Perl (sometimes) since that day.

What made Lunatech such a nice place was that the people working there were smarter than average, and while smarter people all have their own type of autism, we only had friendly people with whom teamwork was not only possible but agreeable, motivating and highly rewarding. And to this day it’s still true, now that we’re a lot more employees in a much bigger office that doesn’t look like a startup that much anymore (though it definitely doesn’t look like a boring work place).

Over the years I’ve learned a lot at Lunatech, as a person and as a developer, I’ve had the opportunity to attend conferences such as Devoxx, start the Riviera JUG and organise my own conferences, produce and work on open-source software and even on customer projects, use only cool and/or new technologies to make the best products in the most rewarding way possible.

With Nicolas Leroux, we’ve promoted software craftmanship back before it became a thing (“Artisan Développeur” in French), but a good company to work for is more than just that. Lunatech has always been very accommodating with its employees. As long as the job is done well (and it is always), work hours are flexible, location, hardware and software too. In fact the only thing not flexible is quality, but otherwise you’re pretty much free to do a good work in the way you can justify is best. Process, policies or dogma doesn’t get in the way of delivery.

Lunatech has always let its employees pursue education as well if they wanted to. I myself did two years of university in France, working remotely part-time for Lunatech. Throughout the years I can tell you Lunatech, and especially our beloved benevolent evil orverlord Michael Pentowski will make sure that Lunatech will help you when you need help, because employees not numbers, and it’s this looking out for us that makes this place feel like family.

Back in 2004 I left Lunatech for the first time, not because I was unhappy in the company, but because I moved definitively from Rotterdam to the south of France, and decided I wanted to become a University professor. After an interesting PhD, I was determined not to become a professor. I was also about fed up with commuting, especially since I wanted to spend more time with the kids, so I decided I should try working from home.

Because I obviously stayed friend Lunatech ex-colleagues, the subject came up during a discussion and we decided to give it a try once again. So in 2008 I joined up again, seeing familiar and new faces, but I dare say that after 4 years of absence Lunatech got an even more interesting place to work in. I really had a blast these last 4 years.

Then early this year when the news started spreading about the Ceylon language, I became very enthusiastic about the ideas in that language and because I wanted very much a compiler to test this language, and none was forthcoming, I naturally got in contact with the Ceylon team and started quickly hacking the compiler. It’s been crazy work, working almost every night and weekend on it since May. I’ve rarely been so motivated to work on something in my free time for something that isn’t for my immediate needs (I did spend half a year of evenings on a Picasa clone that I made to host my own photos), but this language, this compiler and the team of people helping build this are just that motivating.

I guess it’s only natural that after spending 3 years of PhD working on the implementation of a language, compiler and virtual machines that I’d be interested to go at it again, but this time with reasonable hope that we’ll have users :)

So after months of hard evening work, when the occasion presented itself to join the Ceylon Red Hat team as a full-time employee, I decided I had to go on this adventure, I couldn’t stay in the Shire among my dear Hobbit friends, I simply had to take the hard and long road, get rid of the Goblins and Smog on the way and do all I can to make Ceylon a great language with great tools. It’s always hard to leave the comfort of home and family, such as Lunatech, but sometimes an Adventure is all you need, it imposes itself to you. I’m very glad to be joining Red Hat and I’m not that scared of the unknown so much because I know a lot of my new colleagues already and they’re all smart and friendly, and the Ceylon team certainly kick ass.

To get to the point

All this to say, I cannot recommend a better place to work for than Lunatech. If you’re in the Netherlands and are a talented developer, then you want to work there. If you’re studying and want the best place to work for, you need to apply for an internship there.

It’s a weird feeling to be both sad to leave and exited to start a new job. This is my last blog entry here, but there are many more to come from me at Red Hat, including my upcoming Ceylon presentations at Riviera DEV and Devoxx.